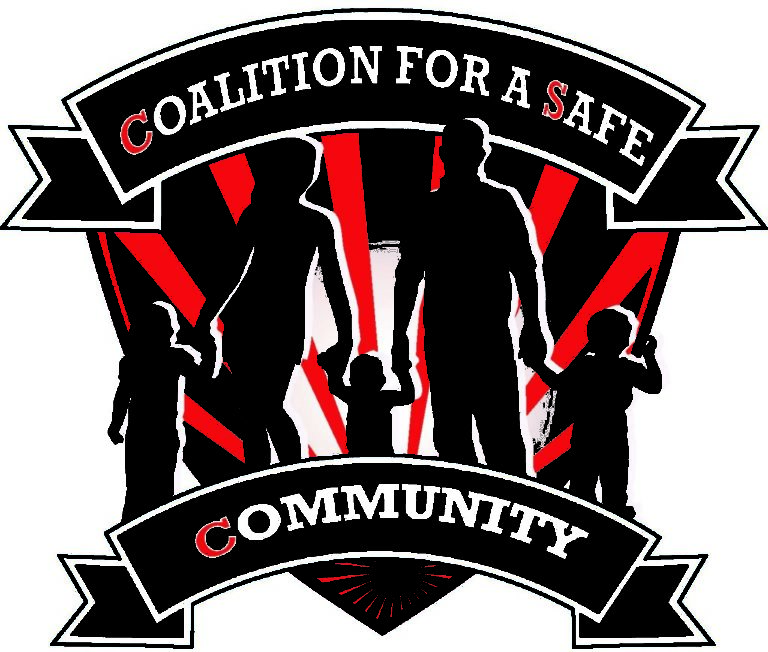 Register for free tickets for the Annual Report to the Community Event on Jan. 21, 2020!

The Coalition for a Safe Community started in 2010 with a concerned group of citizens, public officers, law enforcement agencies, faith-based and other organizations determined to take action to combat crime and violence. In the past, some members had come together on a “specific task” and then disbanded. And at times, a function of any Coalition may be loose associations in which members work for a short time to achieve a specific goal or goals and then disband.

However, a coalition may then seek to organize in order to address a larger mission or take on specific community and civic responsibilities that requires governance and funding, and ultimately a long-term commitment by its members to be fully engaged in the work. Coalition goals are as varied as coalitions themselves, but often contain elements of one or more of the following: influencing or developing public policy around a specific issue, changing resident’s behavior, and building an overall healthy community. The Coalition for a Safe Community is a functioning body of community members and organizations dedicated to improving and empowering residents to sustain safe communities in Atlantic City and Pleasantville.

Recently, there has been a lot of negativity in our national media, which has affected everyone. Many of the com- munities who made national headlines lacked a strong community police relationship, and in several cases, it was the lack of diversity, community and police relationships, and/or a lack of representation that created these issues. The police community relations in minority communities has historically been less then ideal. Many of the urban disturbances since the 60’s have evolved from police-related confrontations or violence in response to tense situa- tions. However, the Coalition is working to advance positive associations and relations with police in order to create a “stronger, more proactive” police presence in local communities.

The Coalition has taken a proactive approach in creating an atmosphere of cooperation, understanding and open communication between residents and law enforcement. This interaction between community groups is critical and steps taken by the Coalition to achieve this goal include:

In 2015, this work to improve relations among community members and police, highlight positive achievements and develop new initiatives that build strong, thriving communities will be a critical focus of the Coalition.